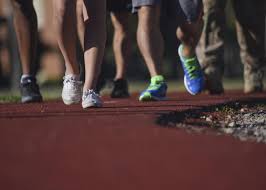 In addition to the media widely reporting on the student walk-outs both before, during and after the event, they also reported on the wide ranging responses of school districts across the nation and how they handled the situation.  The responses ranged from some schools fully supporting the walk out to the extent that they helped to organize the logistics of the event with the students to other school systems who threatened disciplinary consequences for students who choose to participate in a walk-out. The Supreme Court has ruled in another case that a school cannot punish students for exercising their first amendment rights as long as the student is not causing a disruption in the school or classroom. Walking out of the school would qualify as a disruptive exercise.  Not surprisingly, the latter school systems had far fewer students participate in the nation-wide protest. These students had a tough choice to make whether to participate and face consequences or keep their concerns quiet and follow directions. No matter which choice those students made, I sympathize with the difficult position that they were put into and respect whichever decision they made.

The school district that I work for did not condone the walkout, but they did give an explanation for their position. The first was a concern for student safety. School systems are ethically, morally, and legally responsible for the safety of students while they are in school. The most vulnerable place for students to be is outside of the school, especially if it is widely known when they will be there. Despite the horrible attacks that have happened inside of schools, inside the school is still the safest place to be. The second concern that the school system noted was that condoning this type of demonstration would set a precedent for future requests to demonstrate. Condoning this protest would open up potential first amendment grievances for another group who wanted to hold a similar protest or demonstration but was not allowed to. I totally understand these points made by the school system and appreciate the fact that they provided a thorough explanation for their policy.

So, how should schools have handled the situation? In my humble opinion, schools should do what schools purportedly do best, teach. I teach at a middle school and we were instructed to supervise all exits. If a student or group of students wanted to exit the building, we were not to stop them, but we were instructed to follow them out and supervise. I was in the 7th grade area and had about 20 students who decided to walk out. I followed them and stood over to the side to watch. It was pretty interesting. Once they got outside they literally looked at each other and said, "so what do we do now?" I did read news stories and social media posts of high school students who participated in the walk outs and stood in silence for 17 minutes before having some students make some statements before returning to the building. These older students obviously had a well organized executed plan, but, as middle school aged students often do, they acted first before they thought things through.

After letting them shuffle around for a few minutes, I walked over to the group and asked, "why are you out here?" They responded by saying they were protesting the school shooting. So I began asking them questions. What do you think are some solutions to the problem? Why do you think people commit these horrible crimes? Who do you think is responsible for fixing the problem? Do you think adults really listen to your opinions? What can you do to influence the situation? What can you do to make your voice heard? We ended up having a really great little conversation about the issues and how to go about addressing them. How being involved in politics by communicating with lawmakers was important and the importance of voting when they were old enough. I sympathized with them and tried to do what I know how to do which is teach. I read other stories of other schools who used the event as a really great teaching moment. They provided opportunities for students to write letters to legislators, or to send letters to the students at Stoneman Douglas HS. Some gave students chances to make posters and banners, create artwork or music.

I think this was such an important teaching opportunity that some schools did a terrific job of handling while others missed a great opportunity. We teach a variety of subjects and content to students, but we no longer teach civics, civility, compromise or debate. Babies cry when they are hungry, need changing, are sick or have some other need. They do this because that is the only way they know how to communicate. As they grow older, they begin to learn new ways to communicate with words and how to control their emotions and expression. The only model older students have when it comes to political and social debate are the talking (or should I say shouting heads) that they see on TV, radio and social media. If we really want to change the toxic political discourse that we have created in our country, I believe that schools have to take an active role in teaching discourse, debate and compromise. I led another discussion in my music technology classroom when we watched the students from SDHS perform "Shine" that I wrote about in an earlier post. Students had different opinions and points of view about gun laws and the causes and solutions to the violence issue. I had to TEACH them how to discuss and debate these issues with each other. I was careful not to inject any personal opinions in the discussion. My role was to stop them when I heard statements such as "you're wrong," "no it doesn't," or "that will never work." One of the rules of the discussion was that there were no correct or incorrect statements. If that is the case, then nothing can be right or wrong. Instead, students had to respond with phrases such as, "I don't believe that will work, I think a better solution would be..." or "I understand where you're coming from, but what if..." It took awhile, but the students began to get the hang of it. As a result, they had a really meaningful debate.

Schools and teachers have increasingly been put under more and more pressure to teach more content with more rigor. The accountability movement of the last 20 years has changed our school systems in ways that I don't believe we will recover from for a long time. Nevertheless, I believe that it is important that we don't lose sight of the most important thing that we teach, people. We teach people. Through our actions and example we teach. Do we model tolerance, patience and attention with our students? Those moments when we sometimes veer away from our instructional calendars and standardized curriculum to find opportunities to teach and allow students time to practice communication and compromise are really important. We have to not only be the change we want to see, but as educators, we must also teach the change we want to see. Though the attack at SDHS was not the first, it grabbed the attention of our young people who were able to get the attention of the some adults who have not been willing to act until now. Definitely an opportunity for a teachable moment that should have been seized. 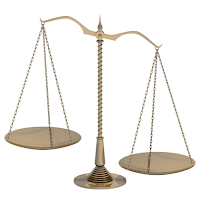